Appearance, deed, and thing: meta-theory of the politics of technology 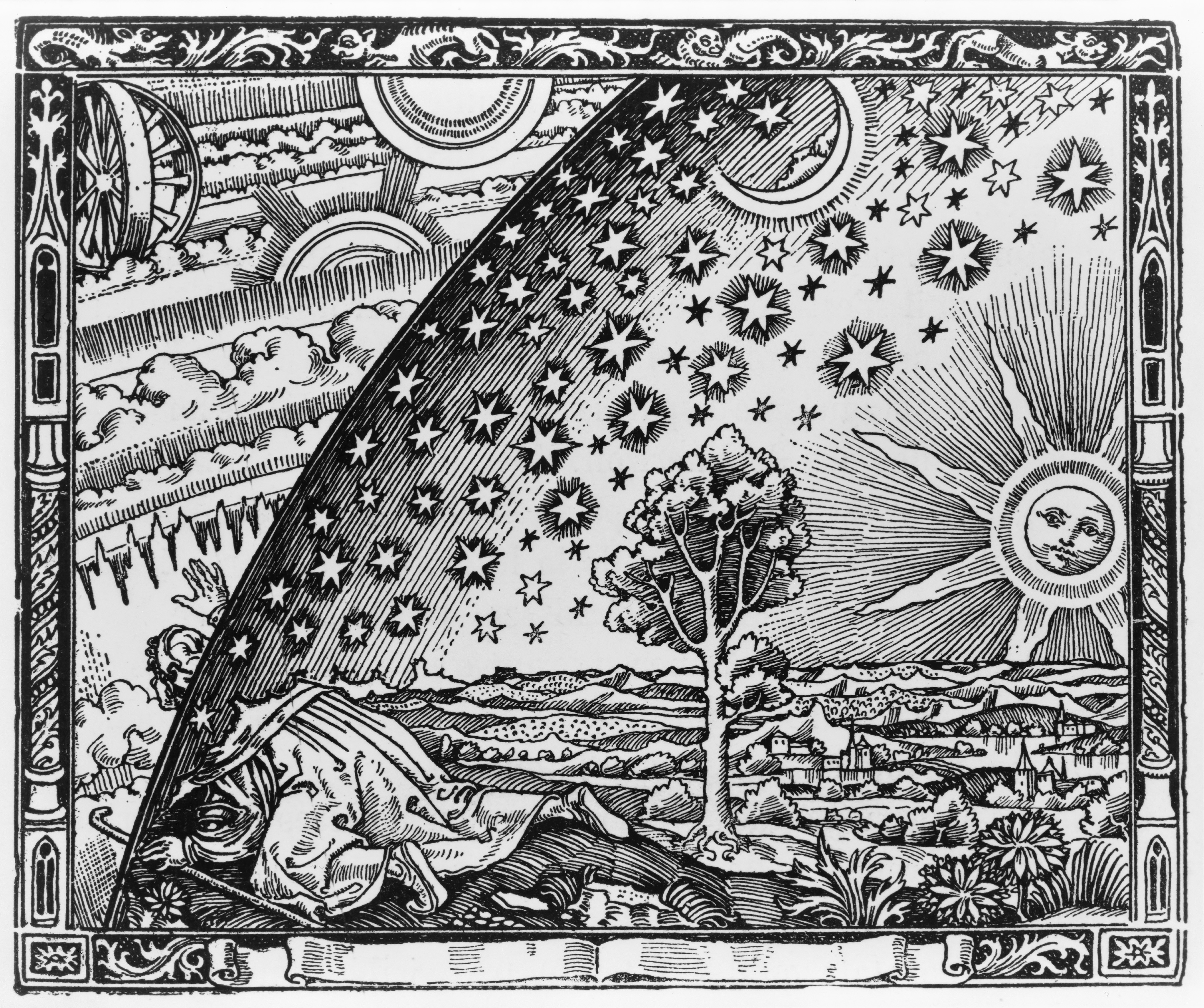 Much is written today about the political and social consequences of technology. This writing often maintains that this inquiry into politics and society is distinct from the scientific understanding that informs the technology itself. This essay argues that this distinction is an error. Truly, there is only one science of technology and its politics.

There are worthwhile distinctions made between how our experience of the world feels to us directly (appearance), how we can best act strategically in the world (deed), and how the world is “in itself” or, in a sense, despite ourselves (individually) (thing).

The world as we experience it has been given the name “phenomenon” (late Latin from Greek phainomenon ‘thing appearing to view’) and so “phenomenology” is the study of what we colloquially call today our “lived experience”. Some anthropological methods are a kind of social phenomenology, and some scholars will deny that there is anything beyond phenomenology. Those that claim to have a more effective strategy or truer picture of the world may have rhetorical power, powers that work on the lived experience of the more oppressed people because they have not been adequately debunked and shown to be situated, relativized. The solution to social and political problems, to these scholars, is more phenomenology.*

There are others that see things differently. A perhaps more normal attitude is that the outcomes of ones actions are more important that how the world feels. Things can feel one way now and another way tomorrow; does it much matter? If one holds some beliefs that don’t work when practically applied, one can correct oneself. The name for this philosophical attitude is pragmatism, (from Greek pragma, ‘deed’). There are many people, including some scholars, who find this approach entirely sufficient. The solution to social and political problems is more pragmatism. Sometimes this involves writing off impractical ideas and the people who hold them either useless or as mere pawns. It is their loss.

There are others that see things still differently. A perhaps diminishing portion of the population holds theories of how the world works that transcend both their own lived experience and individual practical applications. Scientific theories about the physical nature of the universe, though tested pragmatically and through the phenomena apparent to the scientists, are based in a higher claim about their value. As Bourdieu (2004) argues, the whole field of science depends on the accepted condition that scientists fairly contend for a “monopoly on the arbitration of the real”. Scientific theories are tested through contest, with a deliberate effort by all parties to prove their theory to be the greatest. These conditions of contest hold science to a more demanding standard than pragmatism, as results of applying a pragmatic attitude will depend on the local conditions of action. Scientific theories are, in principle, accountable to the real (from late Latin realis, from Latin res ‘thing’); these scientists may
be called ‘realists’ in general, though there are many flavors of realism as, appropriately, theories of what is real and how to discover reality have come and gone (see post-positivism and critical realism, for example).

Realists may or may not be concerned with social and political problems. Realists may ask: What is a social problem? What do solutions to these problems look like?

By this account, these three foci and their corresponding methodological approaches are not equivalent to each other. Phenomenology concerns itself with documenting the multiplicity of appearances. Pragmatism introduces something over and above this: a sorting or evaluation of appearances based on some goals or desired outcomes. Realism introduces something over and above pragmatism: an attempt at objectivity based on the contest of different theories across a wide range of goals. ‘Disinterested’ inquiry, or equivalently inquiry that is maximally inclusive of all interests, further refines the evaluation of which appearances are valid.

If this account sounds disparaging of phenomenology as merely a part of higher and more advanced forms of inquiry, that is truly how it is intended. However, it is equally notable that to live up to its own standard of disinterestedness, realism must include phenomenology fully within itself.

It would be delightful if we could live forever in a world of appearances that takes the shape that we desire of it when we reason about it critically enough. But this is not how any but the luckiest live.

Rather, the world acts on us in ways that we do not anticipate. Things appear to us unbidden; they are born, and sometimes this is called ‘nature’ (from Latin natura ‘birth, nature, quality,’ from nat- ‘born’). The first snow of Winter comes as a surprise after a long warm Autumn. We did nothing to summon it, it was always there. For thousands of years humanity has worked to master nature through pragmatic deeds and realistic science. Now, very little of nature has been untouched by human hands. The stars are still things in themselves. Our planetary world is one we have made.

“Technology” (from Greek tekhnologia ‘systematic treatment,’ from tekhnē ‘art, craft’) is what we call those things that are made by skillful human deed. A glance out the window into a city, or at the device one uses to read this blog post, is all one needs to confirm that the world is full of technology. Sitting in the interior of an apartment now, literally everything in my field of vision except perhaps my own two hands and the potted plant are technological artifacts.

According to one narrative, Winner (1980) famously asked the galling question “Do artifacts have politics?” and spawned a field of study** that questions the social consequences of technology. Science and Technology Studies (STS) is, purportedly, this field.
The insight this field claims as their own is that technology has social impact that is politically interesting, the specifics of this design determine these impacts, and that the social context of the design therefore influences the consequences of the technology. At its most ambitious, STS attempts to take the specifics of the technology out of the explanatory loop, showing instead how politics drives design and implementation to further political ends.

Anthropological methods are popular among STS scholars, who often commit themselves to revealing appearances that demonstrate the political origins and impacts of technology. The STS researcher might asked, rhetorically, “Did you know that this interactive console is designed and used for surveillance?”

We can nod sagely at these observations. Indeed, things appear to people in myriad ways, and critical analysis of those appearances does expose that there is a multiplicity of ways of looking at things. But what does one do with this picture?

The pragmatic turn back to realism

When one starts to ask the pragmatic question “What is to be done?”, one leaves the domain of mere appearances and begins to question the consequences of one’s deeds. This leads one to take actions and observe the unanticipated results. Suddenly, one is engaging in experimentation, and new kinds of knowledge are necessary. One needs to study organizational theory to understand the role of h technology within a firm, economics to understand how it interacts with the economy. One quickly leaves the field of study known as “science and technology studies” as soon as one begins to consider ones practical effects.

Worse (!), the pragmatist quickly discovers that discovering the impact of ones deeds requires an analysis of probabilities and the difficulty techniques of sampling data and correcting for bias. These techniques have been proven through the vigorous contest of the realists, and the pragmatist discovers that many tools–technologies–have been invented and provisioned for them to make it easier to use these robust strategies. The pragmatist begins to use, without understanding them, all the fruits of science. Their successes are alienated from their narrow lived experience, which are not enough to account for the miracles the= world–one others have invented for them–performs for them every day.

What is technical about the world is that it is a world of things created through deed. These things manifest themselves in appearances in myriad and often unpredictable ways.

What is political about the world is that it is a contest of interests. To the most naive student, it may be a shock that technology is part of this contest of interests, but truly this is the most extreme naivete. What adolescent is not exposed to some form of arms race, whether it be in sports equipment, cosmetics, transportation, recreation, etc. What adult does not encounter the reality of technology’s role in their own business or home, and the choice of what to procure and use.

The pragmatist must be struck by the sheer obviousness of the observation that artifacts “have” politics, though they must also acknowledge that “things” are different from the deeds that create them and the appearances they create. There are, after all, many mistakes in design. The effects of technology may as often be due to incompetence as they are to political intent. And to determine the difference, one must contest the designer of the technology on their own terms, in the engineering discourse that has attempted to prove which qualities of a thing survive scrutiny across all interests. The pragmatist engaging the politico-technical world has to ask: “What is real?”

“What is real?” This is the scientific question. It has been asked again and again for thousands of years for reasons not unlike those traced in this essay. The scientific struggle is the political struggle for mastery over our own politico-technical world, over the reality that is being constantly reinvented as things through human deeds.

There are no short cuts to answering this question. There are only many ways to cop out. These steps take one backward into striving for ones local interest or, further, into mere appearance, with its potential for indulgence and delusion. This is the darkness of ignorance. Forward, far ahead, is a horizon, an opening, a strange new light.

* This narrow view of the ‘privilege of subjectivity’ is perhaps a cause of recent confusion over free speech on college campuses. Realism, as proposed in this essay, is a possible alternative to that.

** It has been claimed that this field of study does not exist, much to the annoyance of those working within it.

*** I believe this term is no uglier than the now commonly used “sociotechnical”.